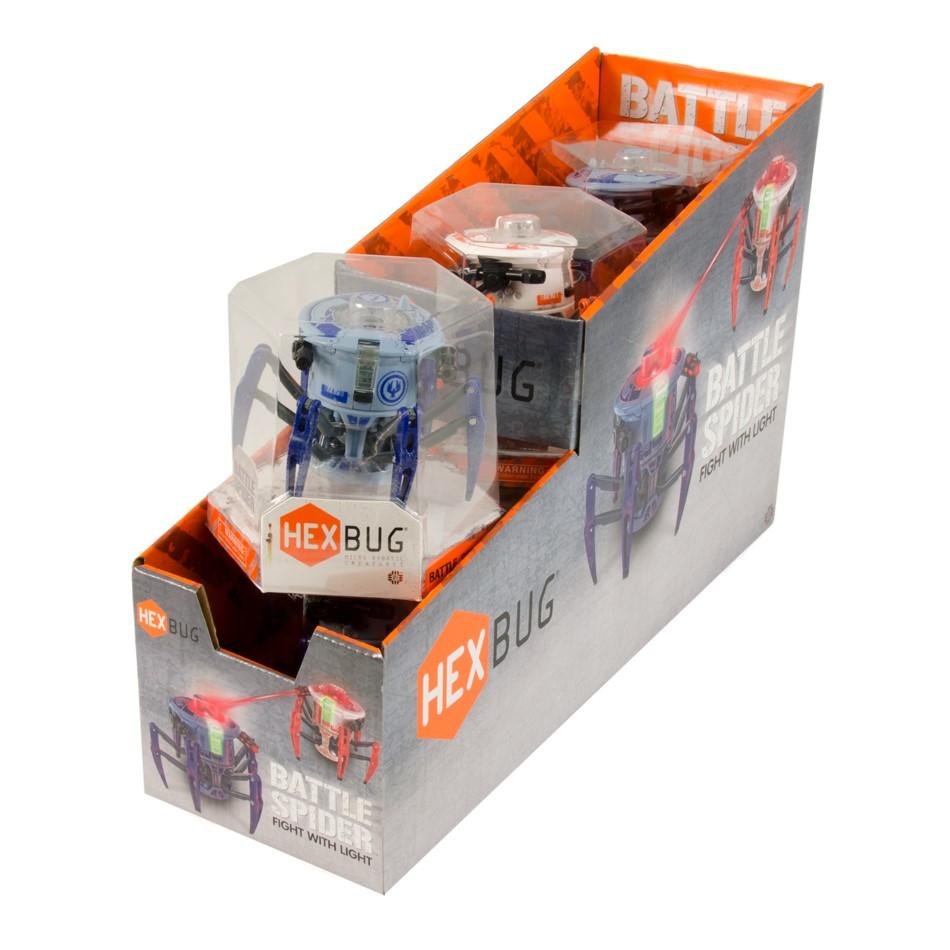 The first mechanical HEXBUG designed for Two-Person play! These battling robots have a remote control and come fueled with futuristic voice and sound effects and high-tech infrared battling capabilities. Battle Spiders have a 1 meter fire range and are able to fire once per second or continually until hit. When hit the Battle Spider will be stunned for one second. After 10 times of being hit the Battle Spider shuts down and a lifelike heartbeat light will rapidly flash leaving the lone champion standing! A unique, battle-hardened deco and hi-tech life-sensor that measures each hit adds to ultimate battle experience. The six-legged spider features 360 degree steering and an LED forward eye, allowing you to maneuver it around objects and control precisely where it scurries as it battles against its opponent. Each Battle Spider features a two-channel infrared remote control. The two-channel remote enables the user to operate multiple spiders independently or at the same time.