At STEM World, we know how to "get your science on." Discover our unique brand of summer and holiday camps in a world-class "STEM immersion" workshop!
Technology camps in ROBOTICS and CODING.
Science camps in ASTRONOMY, PHYSICS, CHEMISTRY, ENGINEERING, GEOLOGY, ECOLOGY, OCEANOGRAPHY, BIOLOGY, BOTANY, ZOOLOGY, PALEONTOLOGY, ARCHAEOLOGY and more!
Some camps include field trips for an even more in-depth experience.
All full-day camps include healthy lunches.
Want to know more? Check out our FAQ page. 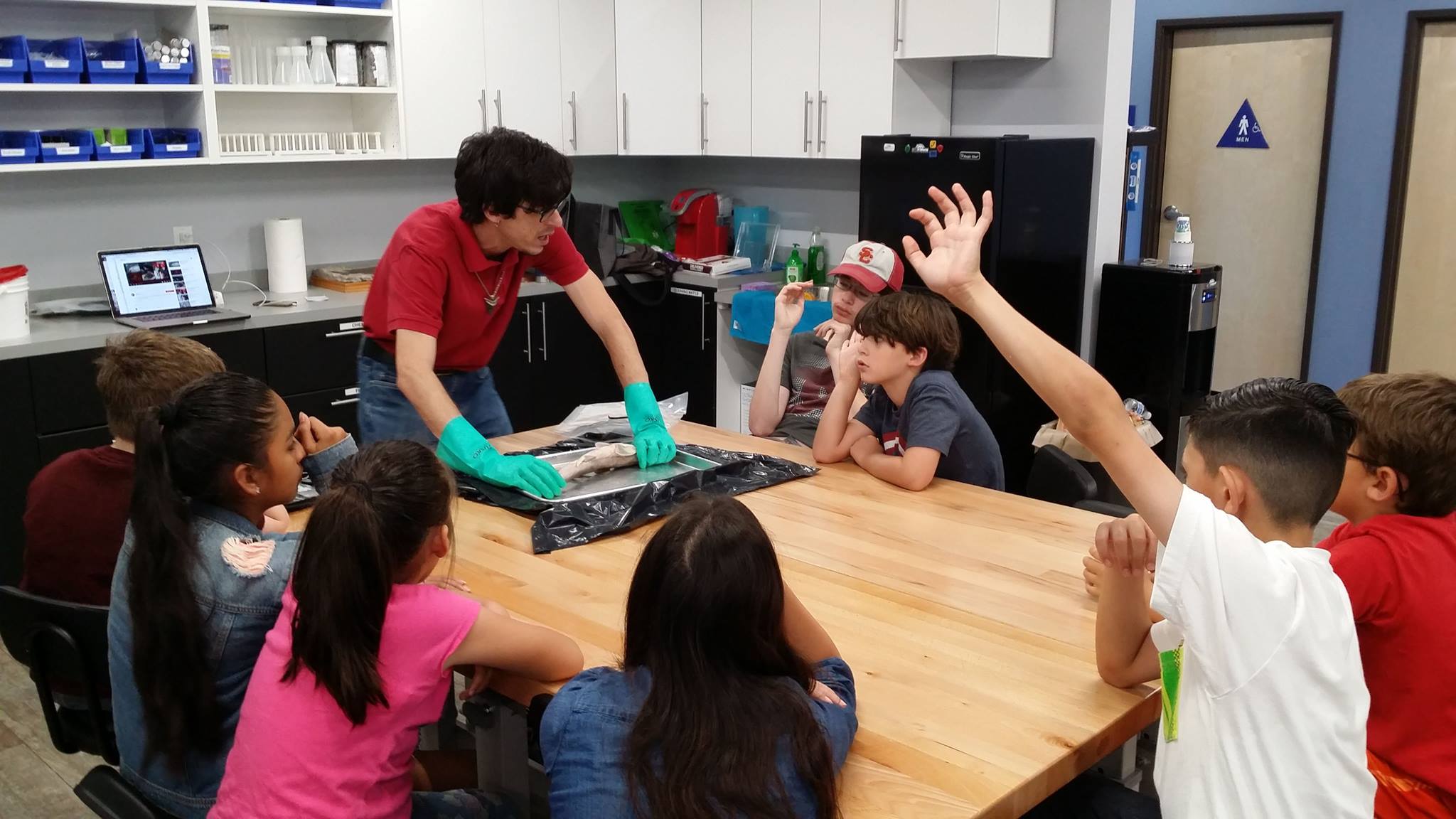 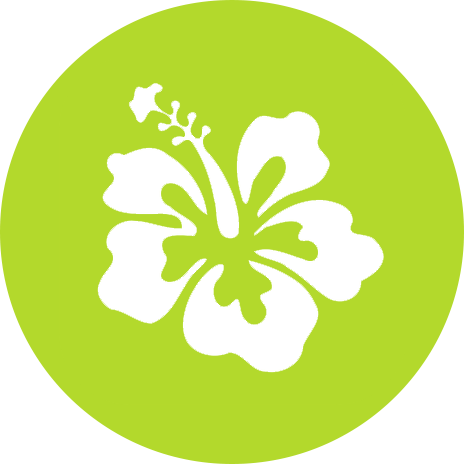 Our Spring Camps offer integrated STEM themes, incorporating a variety of the most exciting sciences and technology including robotics, technology, and maker activities. Sign up for a complete camp, or any combination of full and half days you wish!
Check out our FAQ page for more details.

Campers take on the roles of aeronautical engineers, astronauts and explorers as they launch a daring new expedition to Planet Terminus! They'll develop engineering skills, investigate physics concepts, and discover space travel. After landing safely on Planet Terminus, they'll build a rover to navigate the terrain, investigate the geology, use the scientific method to carry out various experiments, including analysis of soil and water samples. Time to make a new home on Planet Terminus! Campers learn all the skills required for a new planetary home, activities perfect for teamwork, creativity, and critical thinking skills. Campers may even discover signs of life and get up close and personal with inhabitants of Planet Terminus! Join us for an exciting spring break experience like none other! 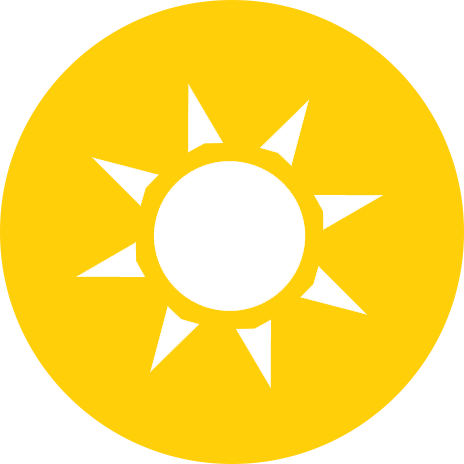 Our week-long summer camps offer a range of exciting themes, integrating science, technology, engineering, and math in a fun and engaging way!
Options include full day and 1/2 day camps. FULL DAY CAMPS INCLUDE LUNCH.
Check out our FAQ page for more details.

Campers will explore, experiment and invent throughout each day! This camp presents science investigations and engineering challenges that are designed to delight and engage young minds, while developing skills of critical thinking and creativity. Each morning session will include a robotics or programming activity, that will promote logical thinking and develop familiarity with technology. Mornings will also include an engineering challenge, allowing students to develop their teamwork, planning and practical skills. Afternoon sessions will be filled with exciting science experiments and fun construction projects, keeping students immersed in meaningful learning experiences.

Just because we colonize Mars doesn't mean crimes won't happen in space! Yikes! That's when we'll need real space detectives to solve crimes. This story follows the saga of Lucas Holmes, the first "space detective," as he leads campers through intrigue, sabotage and foul-play to solve riddles and clues, all while integrating astrophysics, engineering gadgets, traditional crime-solving skills like fingerprint and evidence analysis, and much more! Give your future astro-crime fighter a unique STEM experience this summer!

Robots are everywhere! They drive cars, explore planets, automate factories, clean homes, and are part of our daily lives. This in depth robotics and programming camp (utilizing Mindstorm) helps future robotics engineers understand both the fundamentals and complexities of robotics as well as how to integrate it with programming. They explore different robotics engineering concepts and design their own solutions to real-world challenges. By the end of the week, campers will understand the concept of technological dualism - melding both mind (programs) and body (robots) to create something truly unique and exciting.

Develop your child’s creativity, critical thinking skills, and confidence with our specially-designed STEAM camp! Hands-on, practical and artistic projects engage our students and facilitate their learning in a range of science subjects, and even make math fun! In the morning sessions, campers will exercise their design and engineering skills, as they create and test their own inventions. They will also be introduced to 3D design technology, and encouraged to let their imaginations fly! Each afternoon session will incorporate art, sciences, and maker activities, including artistic chemistry, creative crafts, and other explorations of the beauty of science!

Ever wanted to see the curvature of the Earth? Campers build a 3D-printed, technology-packed, can-sized satellite and launch it with a high altitude balloon into the stratosphere - above the ozone layer - at more than 100,000 feet!  In partnership with Magnitude.io, this camp places students in the midst of a scientific exploration mission culminating in a balloon launch of a real scientific payload and analysis of the resulting data, all while learning physics, arduino programming, atmospheric conditions, airspace regulations and other mission-critical parameters that will inspire them like never before! [Note: student/parent travel required to see balloon launch; launch schedule subject to FAA/atmospheric conditions.]

Imagine if the asteroid that hit Earth 60 million years ago missed! How would that have impacted evolution, our ecology and more? Would dinos be our pets or would we be theirs?! We'll explore that concept in a fun way with activities about the natural world, having students learn dino biology and ecology, then applying that to the possible evolution to modern dinos. Campers will engage in both exploratory field and laboratory work to study different specimens, as well as create their own crafts-based creatures, play games and much more!

Experienced students learn everything they need to build and program their own multi-tasking Arduino robot! Throughout the week, campers design, build and program their own robotic platform with Arduino and Robot C programming language, using various sensors and micro-controllers. In addition, they learn how to perform "simulation" - an important tool in engineering design. For the true robotics engineer, this camp allows students to plan their own projects, use creative engineering and scientific tools, and program with a powerful programming language!

Imagine...Create...Amaze! Animatronics Camp combines cutting-edge technology (Arduino-based) with the visual arts and allows students to literally dream up anything their heart desires and make it come to life. Campers will learn the engineering and coding behind animatronics fabrication, along with how to effectively present their own one-of-a-kind creations to the world! Whether it be a helping robot, a fuzzy friend, a new creature, or a cute toy character, join us this summer to make "art that moves!" 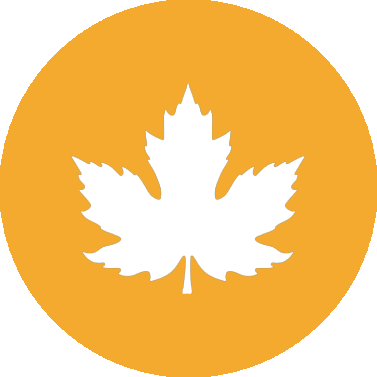 (SAMPLE SCHEDULE ONLY BELOW) Camps offer 2 awesome subjects per day and you can sign-up for morning or afternoon sessions or full day.
Check out our FAQ page for more details.

Kidz will become amazing architects and engineers as they design their own engineering projects and build them!

Kidz will get excited about the wonderful world around them as they create amazing concoctions, conduct fun experiments, and get their hands dirty with science! 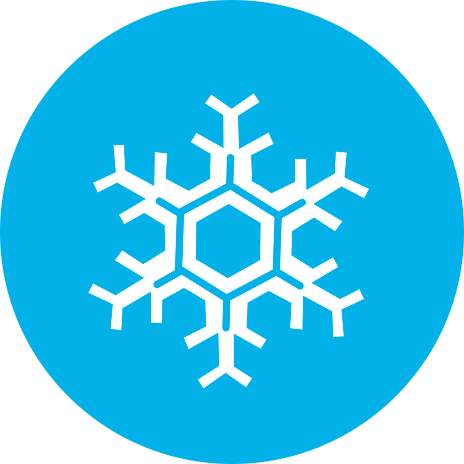 (SAMPLE SCHEDULE ONLY BELOW) Half and full-day camps for ages 5-10 with two exciting subjects per day.
Check out our FAQ page for more details.

Campers build towers from legos, sail boats across the "English Channel", and play some original, STEM-inspired science games. Sure to challenge their problem-solving skills but still all the camp fun they can handle!

Holiday-themed fun featuring integrated STEM activities! Join us for Santa’s sleigh race, make imaginative structures with a seasonal flavor, and experiment with some candy chemistry! Campers will unleash their creativity and be challenged to use their critical thinking skills.

Campers learn about the living world while getting hands on with fun experiments and games. They'll learn about living vs nonliving things (the "Mrs Gren" method) and play games with each other testing the 5 senses that we humans have!

States of matter, film canister rockets, purple slime and more! Campers can't resist having fun in this camp learning about chemical reactions while getting their hands deep into utter messes!

Wed AM: Robots are Friends!

Young campers will play with simple robots, learning the basics of building and coding while having tons of fun with their friends in this camp! Prior experience in robots not necessary, but those with experience can learn something new too!

Programming is the language of the future. The earlier they learn it, the better off we'll be so computers don't turn into human terminators! Campers will engage in the Scratch programming language with interactive stories, games, and animations while building a problem-solving and teamwork mindset.

Young detectives are presented with a "who done it" mystery to solve before time runs out! They'll learn how to search for and collect clues, including fingerprints and other biological samples, and then play a game that includes interrogating their fellow campers to solve the mystery of our missing scientist.

Campers learn all about fossils, but are all fossils from dinosaurs? They'll get to play in the sand and uncover various fossils and other specimens that teach them how paleontologists do their work. By the end of the day, campers will "cook up" their own favorite dinosaurs to take home?

Tue AM: Fly Me to the Moon!

An astrophysics camp where students learn all about the solar system, as well as some engineering and rocketry principles. They build their own rockets to launch! Always a favorite with our students.

Campers learn about and build their own mock moon colony, with all the cool elements - a lunar habitat, construct their own space helmets to take home, and collect mysterious rock samples from the dark side of the lunar surface! Ooohhh!

Campers learn about the living world and get hands-on with a variety of real slithery, slimy, and sneeky creatures from nature. Don't worry, no harm came to living things in the making of this camp!

What to expect in our camps?

Instruction and hands-on activities (7+ hours per day)
Develop their critical thinking skills, challenge their creativity, and collaborate on fun projects that raise the confidence and encourage curiosity in all students!
02

Social Breaks
Opportunities to recharge and socialize with fellow campers are important. They can play games, rest, chat, get some energy out or explore the lab!
03

Snacks/Lunch
Lunch and snacks are included in the price! We provide nutritious, kid-friendly lunches. There are also morning and afternoon snacks to energize them throughout the day.
04

DISCOUNT: 20% off in our retail store!
During the week of their camp, you will be entitled to an amazing 20% discount off all products in our store! An excellent opportunity to build on what they learned in camp!
05

Optional extended care
Need to arrive early or stay after the camp ends? No problem! Options for extended care are available to suit your needs. Games and entertainment will be provided to keep our students happy and safe.

Morning subject, with a 15 min break

Supervised lunch break for campers in ALL DAY camps

Afternoon subject, with a 15 min break